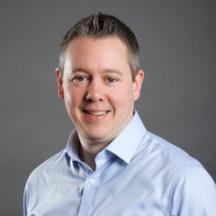 They think it’s all over….
Written by Chris Moore on 05 May 2021
Share:
Back to Insights
In the last week, 12 of Europe’s biggest, richest and most respected football clubs tried and failed to force a breakaway league.

The plans caused outrage because of their anti-competitive & unfair nature. So much so that the UK Government promised to do ‘whatever it takes’ to shut it down. Within 48 hours the proposals lay in tatters, much like the founding clubs’ reputations.

Following the collapse of Northern Rock, the UK government sold off ~250,000 home loans to unregulated firms. These firms do not offer new mortgage rates, meaning existing customers have to switch lenders or pay the (uncompetitive) Standard Variable Rate when their introductory rate expires. Tougher affordability checks introduced off the back of the 2008 financial crisis means that they are unable to switch lenders. These customers are now trapped in an unfair product, from an anti-competitive lender, facilitated by the UK Government.

Whilst the House of Lords has passed an amendment to a bill which would help these customers (by capping SVR rates), the UK government is actively lobbying MPs to vote against these plans. With a large number of UK customers trapped with an uncompetitive home loan, how easy is it for other borrowers to buy or switch mortgages, are the costs reasonable and can technology help?

The short answer is not easy, no and yes.

Intermediary mortgage sales account for ~75% of UK mortgages. This means only one in four homeowners feel empowered to arrange their own mortgage. Complex borrowing needs aside, this figure is too low. Buying a new home or re-mortgaging is expensive enough at the best of times. Borrowers are forced to shell out for conveyancing, valuation and mortgage arrangement fees on top of any adviser charges, often as frequently as every 2 years.

Technology exists today which can help borrowers make informed decisions; reduce application costs and speed up the buying / re-mortgage process. So what is holding back this digital transformation? Regulation. The same rules introduced to toughen up affordability checks also introduced strict rules around what constitutes mortgage advice.

For a government which prides itself on de-regulation and competition, it is time to kick these unfair and anti-competitive practices into touch, along with the European Super League.

Take a look at our MortgageBar to view our digital mortgage maturity assessment of UK Building Societies. 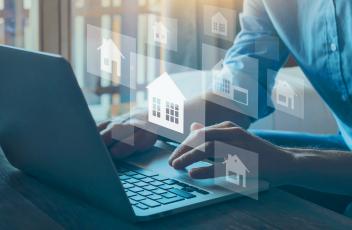 In our first infographic of the series, we research the top 40 building societies in terms of their digital matu...