The lose-lose game: Vulnerable workers and shrinking pensions
Written by Jon Dean on 21 April 2016
Share:
Back to Insights
A new Altus study highlights flaws in the charge cap designed to protect workers automatically enrolled into pension schemes. DWP rules allow a combination of flat fees and percentage of funds charges – as high as £25 and 40 basis points or £20 and 50 basis points. Calculations by pension specialists at the consulting and software firm show that auto-enrolment schemes which levy flat monthly fees damage growth prospects for pension savings of low earners. At worst, flat rate charges can completely erode the value of small pension pots before the money can be accessed.

The research follows Chris, a fictional 22 year-old worker on minimum wage who switches jobs every two years.  Chris is enrolled into a different scheme with each new job, into which she and her employers pay only statutory minimum contributions.  For the study, Altus consultants selected 4 popular qualifying pension schemes, each with a different charging structure, calculating the impact of charges on the size of the 4 small pension pots accumulated by age 70.

When a low earner joins a pension scheme with a monthly fee, this significantly weakens growth of their pension savings.  In one example, our worker contributed £326 in the first 2 years.  After growth and charges this was worth £287 when she left the scheme aged 24, and eroded to zero by her 39th birthday.  Imagine the headlines if the most vulnerable people, forced into joining a pension scheme, see the last of their contributions used up to pay the costs of sending them a nil-value statement.

Furthermore, 4 different workers could join the same 4 schemes in different orders and come out with different outcomes.  Analysis found that the difference between highest and lowest total savings at age 70 was £1200 – a gain or loss of 8% all down to career choice.

Altus analysts studied the potential impact of transferring each small pension pot into a single account.  Regardless of what order the worker joined each scheme, she would be 23% better off at age 70 by amalgamating her savings than leaving them as 4 separate pots.

After public consultation, Steve Webb’s “Pot Follows Member” initiative was selected to enable automatic transfers, however this has been delayed to allow firms time to complete automatic enrolment.

Small pots a burden to providers

Pension providers also stand to gain from consolidation of retirement savings.  The administrative costs of running a scheme include producing annual statements, governance and reporting to the Pensions Regulator.  Add in central overheads such as technology and finance, and each pension policy may cost £20-40 a year to run. Altus estimates that most auto-enrolment schemes will make a loss on any pension policy worth less than £1200, unless they are using a fixed fee model or taking the administration fees from the employer.

Scandal in the making

By most measures, automatic enrolment has so far been a huge success.  Opt-out rates have been much lower than any expert predictions, and there is a competitive range of schemes for employers to choose from.  However, over 6 million workers in the UK are designated as “insecure”, that is either low-paid or on temporary or part time contracts.  We can expect at least 50-60% of these to be enrolled in a pension by 2018, many of them paying minimum contributions and moving regularly between jobs.

How many of the small pots these workers accrue will be eroded to nothing by charges?  How much better off could they be if their pension savings were to automatically follow them from job to job?  This industry has been embroiled in many scandals – let’s make sure that the UK’s most vulnerable workers aren’t the victims of the next one.

This article first appeared in Retirement Planner on 13/04/16

In my previous article Survival of the Fattist I talked about some of the challenges of insuring customers with ... 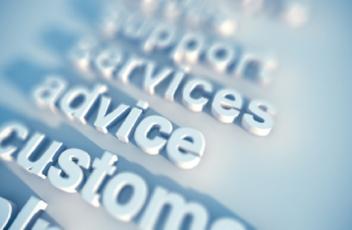 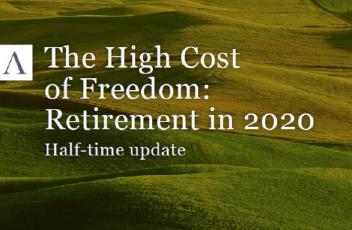