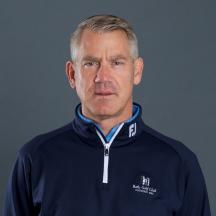 Altus gives thumbs up support to the Bath and Wiltshire Schools Sports Trust – BWB
Written by Kevin Okell on 14 October 2016
Share:
Back to Insights
Altus has promised another year of sponsorship. Director Kevin Okell has supported the Trust and BWB for the past 3 years and his continued support will allow the 180 boys currently in the BWB system to enjoy another season of free training.

Kevin Okell says " I've been involved with the current BWB under 15 squad for the last 5 years as both a parent and sponsor. Now, as the boys enter their final year together as a team, it seems like an appropriate time to reflect on a journey that I’ve been privileged to witness at close quarters.

The obvious place to start is on the pitch. Back in 2011 the U10 team developed an unenviable reputation as talented, plucky losers. Tim’s match reports would regularly eulogise about their lack of cutting edge in front of goal and dutifully document the inevitable breakaway goals usually scored by much bigger opposition forwards than we could field.

They never lost heart though. The coaches would gather them round at half time and, rather than telling them what to do, they asked the boys questions. What went well, what went badly? What were the opponent’s main threats and how could we counter them? The boys steadily developed as ability to read the game, analyse what was happening and adapt their play accordingly; curiosity and responsibility in action. It didn’t always alter the result but the coaches tirelessly praised them for their effort and gradually resilience grew too.

Five years on and the boys have grown both physically and mentally. No longer out-muscled by bigger opponents, they now demonstrate their technical ability with some sublime passages of paly and have surprised some very good sides including several academies. Their success this season is not just the result of stature and technique though; the U15s are a tightly knit unit who play for each other. Their friendships have been forged by a BWB programme that has taught them about much more than football.

I have been fortunate to accompany the boys on several trips over the years and seen first-hand how they are encouraged to take personal responsibility, watched them carefully stretched by their coaches and marvelled at the way they come together to support and care for each other. The thought and compassion the coaches put into understanding our children and bringing out the best in them is truly humbling. And all of this has been skilfully woven into a programme which has seen the boys have more fun in 5 years than most people could hope for in a lifetime.

It has been an incredible journey and, although my son is reaching the end of his playing days with BWB, I can’t ever imagine the ties being broken. Here’s to the next 5 years.